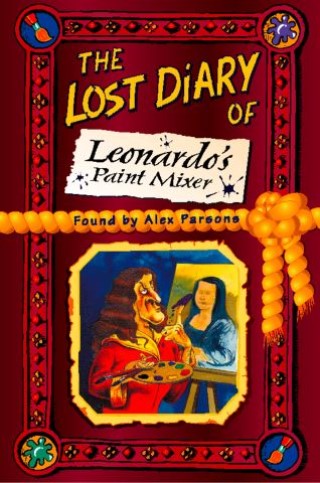 The ninth title in this successful series. A factually accurate but hilarious look at the life of Leonardo Da Vinci as he mixes with the colourful set in Renaissance Italy! From his passion for horses, to his painting of the Mona Lisa – all is revealed.

Leonardo da Vinci’s life from 1470 to 1519 as seen through the eyes of one, Luigi Cannelloni, Leonardo’s trusty assistant. From his Adoration of the Magi; his passion for the structure of horses; his painting of the Mona Lisa not to mention the highlife of Renaissance Italy – all is revealed in an hilarious way. As with the other Lost Diaries, this is factually accurate but the fictional voice brings in the humour

Alex Parsons is the author of The Lost Diary of Queen Victoria’s Undermaid and two Blyton novelisations for Collins. Alex also writes non-fiction for DK and Watts as well as screen plays, one of which Maggie goes to Hollywood is currently in production in the States.

Alex lives in St Margarets with her husband Ian and daughter Chloe. They also have two older children, Casey-Joe and Thaddeus.