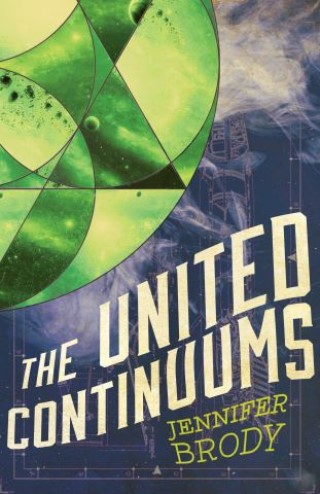 In the epic conclusion to the award-winning Continuum Trilogy, Aero leads a group insurgents from the Second Continuum to overthrow his rival, Supreme General Vinick, and unite his space colony’s military forces while Seeker takes on a secret mission back to her home colony to reinforce Earth's defenses and protect the First Continuum against an even greater threat. Meanwhile, Myra’s nightmares have become a reality as the Dark Thing hurtles toward Earth with designs on eradicating the planet’s fledgling populace. The only thing standing in the way are the three Carriers and those who would join them to fight against a second coming of the Doom.

Jennifer Brody: Jennifer Brody lives and writes in Los Angeles. After graduating from Harvard University, she began her career in feature film development. Highlights include working at New Line Cinema on many projects, including The Lord of the Rings trilogy, The Golden Compass, and Love In The Time of Cholera. She’s a member of the Science Fiction and Fantasy Writers of America. She also founded and runs BookPod, a social media platform for authors with hundreds of members.