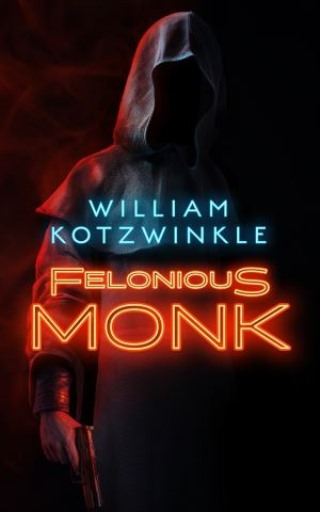 Meet Tommy Martini, the monk with an anger management problem. Since killing somebody with a single punch is not a needed talent in a monastery, he spends his time praying, meditating, and taking his anger management medicine. But his meditations are interrupted by a legacy from his uncle, a crooked priest. Arriving in a New Age Arizona town to claim his inheritance, Brother Tommy meets a charismatic, smoking-hot cult leader who claims that women are being impregnated by alien beings while they sleep. Tommy’s own sleep is disturbed—by cartel hitmen, Mafia bill collectors, and women intrigued by his vow of chastity. He loses his anger management medicine in time to deal with the hitmen, but the women present an uphill battle.

William Kotzwinkle’s quicksilver touch has produced an effervescent piece of entertainment filled with suspense, turns you won’t see coming, and the humor for which he is famous.

William Kotzwinkle has sold over ten million books. Two-time winner of the National Magazine Award for Fiction, he came to prominence with his cult classic The Fan Man. His novel Dr. Rat won the World Fantasy Award, and his children’s series Walter the Farting Dog sold two million copies. Movie credits include Book of Love and Nightmare on Elm Street 4. He also wrote the narration for Michael Jackson’s E.T. record, which won a special children’s Grammy. His books have been praised by such diverse luminaries as T. C. Boyle, Stephen King, Joanna Lumley, Ian McEwan, Terry Pratchett, Ram Dass, and Kurt Vonnegut. He divides his time between rural Arizona and the coast of Maine.