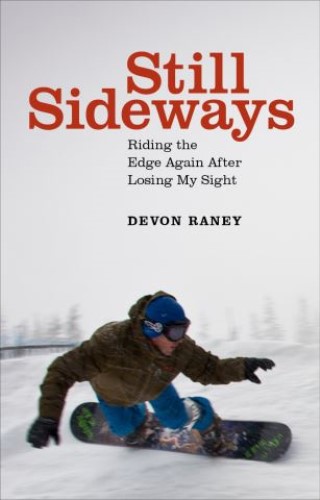 Riding the Edge Again after Losing My Sight

Working-class American adventurer Devon Raney was born in Goleta, California, and currently lives on Bainbridge Island, Washington, with his wife Rebecca and daughter Madrona. Devon fell in love with surfing and skateboarding at an early age and went on to spend most of his life riding a board of some kind. Devon has spent countless hours searching for good waves, smooth snow, and flowing skate parks.

He spent a decade as a construction project manager before starting his own homebuilding company in 2007. A year later, in September 2008, Devon hit his head on the hard sand bottom while surfing in Northern Oregon. He lost 85 percent of his eyesight as a result of a genetic disorder triggered by the head trauma. Devon and Rebecca are the owners of YES Please! Coffee and have been successful business owners for nearly twenty years.

Devon navigates his visually impaired world in a way that makes it hard to recognize his disability. He remains active in the passions he has known since childhood although he takes a very different approach these days and often has help from a friend. Still Sideways is his memoir and second book.