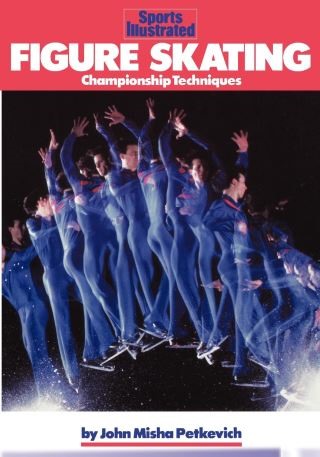 As a sport, an art, a fitness activity, nothing quite beats figure skating for excitement, grace, beauty, or fun. Now former U.S. Champion figure skater John Misha Petkevich shows how you can find your full potential as a figure skater no matter what your age or ability. The lavishly illustrated volume includes:
Detailed instructional-photo sequences
What to look for in skates, clothing, rinks, and instruction
Getting started
6 basic turns that every figure skater should know
15 spins that you can master
The keys to preforming 19 clasic figure skating jumps and splits

John Misha Petkevich: John Misha Petkevich was the United States and North American Men's Singles Figure Skating Champion in 1971 and the World University Games Champion in 1972. Widely considered one of figure skating's "great," he was a member of the U.S. Olympic Figure Skating Team in 1968 and 1972, and has served as expert analysis in figure skating for NBC, CBS, and ESPN.