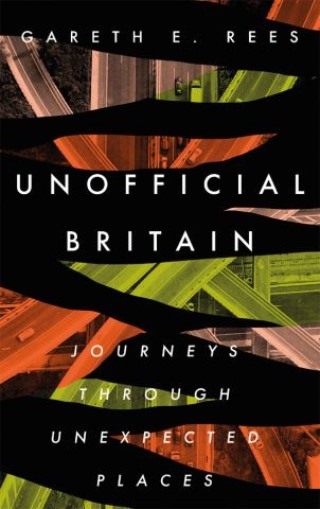 There is a Britain that exists outside of the official histories and guidebooks - places that lie on the margins, left behind. A Britain in the cracks of the urban facade where unexpected life can flourish. Welcome to UNOFFICIAL BRITAIN.This is a land of industrial estates, factories and electricity pylons, of motorways and ring roads, of hospitals and housing estates, of roundabouts and flyovers.Places where modern life speeds past but where people and stories nevertheless collect. Places where human dramas play out: stories of love, violence, fear, boredom and artistic expression. Places of ghost sightings, first kisses, experiments with drugs, refuges for the homeless, hangouts for the outcasts.Struck by the power of these stories and experiences, Gareth E. Rees set out to explore these spaces and the essential part they have played in the history and geography of our isles. Though mundane and neglected, they can be as powerfully influential in our lives, and imaginations, as any picture postcard tourist destination.

Gareth E. Rees: Gareth E. Rees is founder of the popular Unofficial Britain website and author of three books, Marshland (2013), The Stone Tide (2018) and Car Park Life, which was published to rave reviews in 2019. Born in Germany, brought up in Scotland and the north of England, he lived in London for many years before moving to Hastings. The modern myths and folklore of place have always driven his writing, which includes horror and weird fiction tales for numerous anthologies, including The Best of British Fantasy 2019.