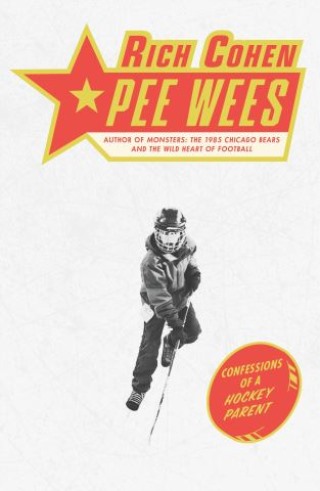 Confessions of a Hockey Parent

Rich Cohen, the New York Times–bestselling author of The Chicago Cubs: Story of a Curse and Monsters: The 1985 Chicago Bears and the Wild Heart of Football, turns his attention to matters closer to home: his son’s elite Pee Wee hockey team and himself, a former player and a devoted hockey parent.

In Pee Wees: Confessions of a Hockey Parent, Cohen takes us through a season of hard-fought competition in Fairfield County, Connecticut, an affluent suburb of New York City. Part memoir and part exploration of youth sports and the exploding popularity of American hockey, Pee Wees follows the ups and downs of the Ridgefield Bears, the twelve-year-old boys and girls on the team, and the parents watching, cheering, conniving, and cursing in the stands. It is a book about the love of the game, the love of parents for their children, and the triumphs and struggles of both.

Rich Cohen: Rich Cohen is the New York Times-bestselling author of Tough Jews, Monsters, Sweet and Low, The Sun & the Moon & the Rolling Stones, The Chicago Cubs, and The Last Pirate of New York, and, with Jerry Weintraub, When I Stop Talking, You’ll Know I’m Dead. He is the cocreator of the HBO series Vinyl, a contributing editor at Rolling Stone, and a writer at large for Air Mail. He has written for The New York Times, The New Yorker, The Atlantic, and Harper’s Magazine, among other publications. Cohen has won the Great Lakes Book Award, the Chicago Public Library’s 21st Century Award, and the ASCAP Deems Taylor Award. He lives in Connecticut.