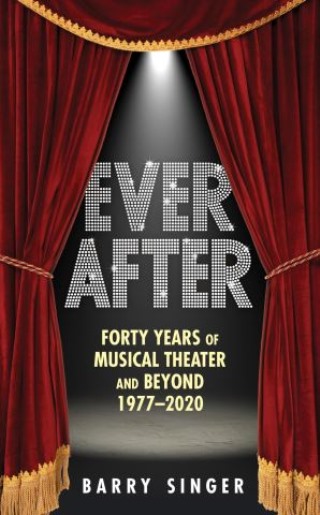 Written by Barry Singer—one of contemporary musical theater's most authoritative chroniclers—Ever After was originally published in 2003 as a history of the previous twenty-five years in musical theater, on and off Broadway. This new edition extends the narrative, taking readers from 2004 to the present. The book revisits every new musical that has opened since the last edition, with Barry Singer once again as guide. Before Ever After appeared in 2003, no book had addressed the recent past in musical theater history—an era Singer describes as "ever after musical theater's many golden ages." Derived significantly from Singer's writings about musical theater for the New York Times, New York Magazine, and The New Yorker, Ever After captured that era in its entirety, from the opening of The Act on Broadway in October 1977 to the opening of Avenue Q Off-Broadway in March 2003. This new edition brings Ever After up to date, from Wicked, through The Book of Mormon, to Hamilton and beyond. Once again, this the first book to cover this new, pre-pandemic age of the Broadway musical. And, once again, utilizing his recent writing about musical theater for HuffPost and Playbill, Barry Singer's viewpoint is comprehensive and absolutely unique.

Barry Singer has written extensively about the arts for the New York Times Arts & Leisure section, the New Yorker, New York magazine, the New York Times Magazine, Opera News, USA Today, the Huffington Post, and Playbill, among others. He is the author of Black and Blue: The Life and Lyrics of Andy Razaf, a New York Times Notable Book of the Year; Alive at the Village Vanguard, winner of an ASCAP Deems Taylor Award for excellence in music writing; and Churchill Style: The Art of Being Winston Churchill. He is also the founder and proprietor of Chartwell Booksellers, one of New York City’s last independent bookstores, now in its thirty-eighth year.