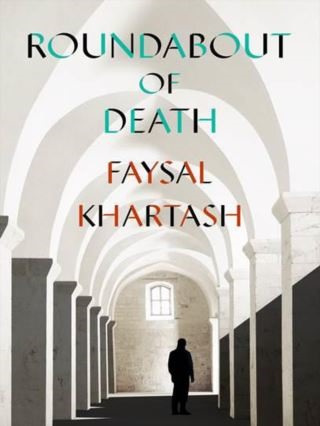 “A remarkable book, a vivid testimonial to the horrors of the Syrian civil war.”—Robert F. Worth, author of A Rage for Order: The Middle East in Turmoil

Set in Aleppo in 2012, when everyday life was metronomically punctuated by steady bombing, Roundabout of Death offers powerful witness to the violence that obliterated the ancient city's rich layers of history, its neighborhoods and its medieval and Ottoman architectural landmarks. The novel is told from the perspective of an ordinary man, a schoolteacher of Arabic for whom even daily errands become a life-threatening task. He experiences firsthand the wide-scale destruction wrought upon the monumental Syrian metropolis as it became the stage for a vicious struggle between warring powers. Death hovers ever closer while the teacher roams Aleppo’s streets and byways, minutely observing the perils of urban life in an uncanny twist on Baudelaire's flâneur. Navigating roadblocks and dodging sniper bullets on visits to his mother and sister in the rebel-held eastern sector of the city, the teacher clings to normality with a daily ritual of coffee with friends, where conversation is casually permeated by news of the latest blasts and demise. The novel, a literary edifice erected as an unflinching response to the painful erasure of the physical remnants of a once great city, speaks eloquently of the fragmentation of human existence, the oppressive rule of ISIS militants in nearby Raqqa, the calamities of war and its grinding emotional toll.

Faysal Khartash: Faysal Khartash is a leading Syrian author. He lives in his native Aleppo, has written several novels and works as a school teacher while contributing to Syrian newspapers.