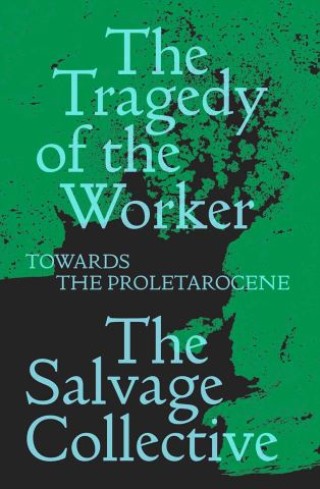 The Tragedy of the Worker

To understand the scale of what faces us and how it ramifies through every corner of our lives is to marvel at our inaction. Why aren’t we holding emergency meetings in every city, town and village every week?

What is to be done to create a planet where a communist horizon offers a new dawn to replace our planetary twilight? What does it mean to be a communist after we have hit a climate tipping point?

The Tragedy of the Worker is a brilliant, stringently argued pamphlet reflecting on capitalism’s death drive, the left’s complicated entanglements with fossil fuels, and the rising tide of fascism. In response, the authors propose Salvage Communism, a programme of restoration and reparation that must precede any luxury communism. They set out a new way to think about the Anthropocene. The Tragedy of the Worker demands an alternative future—the Proletarocene—one capable of repairing the ravages of capitalism and restoring the world.

Jamie Allinson: The authors are collectively the editors of Salvage magazine.

Jamie Allinson is Senior Lecturer in Politics and International Relations at Edinburgh University and author of The Age of Counter-revolution.

China Miéville is the author of a number of highly acclaimed and prize-winning novels including, most recently, The Last Days of New Paris. His non-fiction includes October: The History of the Russian Revolution.

Richard Seymour is the author of numerous works of non-fiction, most recently The Twittering Machine. His writing appears in the New York Times, London Review of Books, Guardian, Prospect, Jacobin, and innumerable other places, including his own Patreon.

Rosie Warren is an Editor at Verso and the Editor-in-Chief of Salvage.