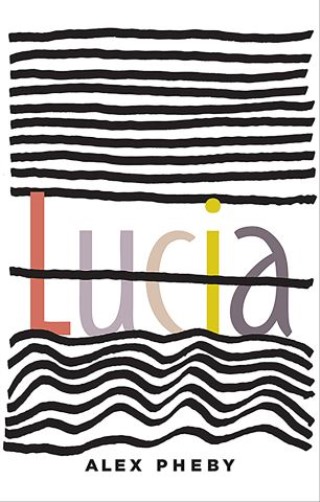 She is about thirty-three, speaks French fluently. . .[she ] is gay, sweet and ironic, but she has bursts of anger over nothing when she is confined to a straightjacket, writes James Joyce in one of the few surviving documents concerning his daughter. A gifted dancer, Beckett’s lover, an aspiring writer—what little we know about Lucia Joyce effectively ends with a diagnosis of schizophrenia and subsequent hospitalization: after her death, her nephew Stephen, executor of the Joyce estate, burned her letters and medical records, erasing her not only from her father’s legacy, but from her own existence in the world as well.

To tell the story of a life redacted, Alex Pheby assumes not Lucia Joyce’s lost voice, but the perspectives of the men around her, layering a series of narratives about those on the edges of her life to create a portrait of the lost woman in silhouette. As much a critique of male violence and the long history of misogyny in women’s health, an in-absentia illustration of the fate of inconvenient women as the story of a single life, Lucia is an ethical and empathetic creative act and a moving in memoriam to a woman whose experiences we can only imagine.

Alex Pheby: Alex Pheby was born in Essex and moved to Worcester in his early childhood. He currently lives in London, where he teaches at the University of Greenwich. His first novel, Grace, was published in 2009 by Two Ravens Press. His second novel, Playthings—about the life of Daniel Paul Schreber, whose case was made famous by Freud—was published in 2015 in the UK by Galley Beggar Press. Widely acclaimed in media from the Guardian to the New York Times, and called “the best neuro-novel ever written” in the Literary Review, Playthings was shortlisted for the 2016 £30,000 Wellcome Book Prize.