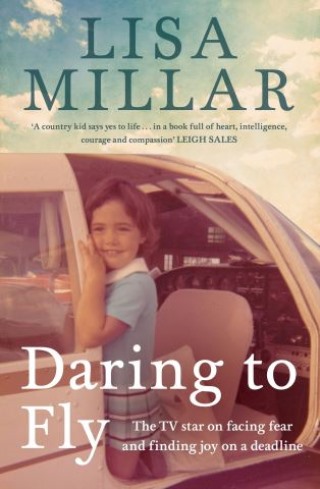 There are significant moments in life that you only really appreciate long after they have passed ... And then there are moments that are so magnificent you understand in an instant that they need to be treasured because the universe is offering you something truly inspiring.

Lisa Millar has spent her whole life showing up, getting things done and making things happen. Despite the risks, despite the fear, despite life getting in the way. As a child growing up in country Queensland, she had dreamed of a big life. Working as a foreign correspondent gave her that. But it also meant confronting the worst of what humanity can bring - the dead children at Sandy Hook, the sorrow of grieving relatives after the Bataclan theatre terrorist attack and the aftermath of Manchester. Three decades as a journalist witnessing grief and unspeakable tragedy had a cost. And an ever-escalating fear of flying threatened to rob her of her ability to work at all.

Back home, in the year that everything stopped, Lisa had a chance to look back. And in the quiet of a world slowed down, she thought hard about the meaning of fear, acknowledged her grief at what she lost and found joy in all that she gained.

For that young girl from small-town Kilkivan, who had to push herself to keep going, push herself to conquer her fear, push herself to tell important stories, came the realisation that sometimes all we really need is what we already have. And she shows us that we are all stronger and more resilient than we give ourselves credit for if we just dare to let ourselves fly.

Lisa Millar is the co-host of ABC TV's News Breakfast. Millar returned to the ABC in Australia after finishing a decade-long posting as bureau chief in both London and Washington DC, covering some of the world's biggest stories.
She began her career at the Gympie Times in 1988 and has worked in print, TV and radio. She won a Walkley Award in 2005 for investigative reporting.