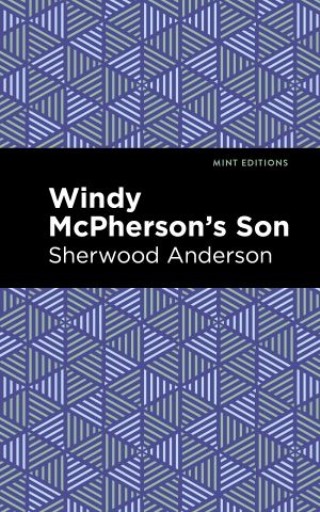 Windy McPherson’s Son (1916) is a novel by Sherwood Anderson. Both fictional and autobiographical, Anderson’s debut novel is a coming of age story that explores themes of unhappiness and infidelity while illustrating the frustrations of the son of an abusive father. Although he is known today for his story collection Winesburg, Ohio, a pioneering work of Modernist fiction admired for its plainspoken language and psychological detail, Anderson’s Windy McPherson’s Son is a powerful work of fiction that helped establish him as a leading realist writer of his generation. “At the beginning of the long twilight of a summer evening, Sam McPherson, a tall big-boned boy of thirteen, with brown hair, black eyes, and an amusing little habit of tilting his chin in the air as he walked, came upon the platform of the little corn-shipping town of Caxton in Iowa.” With a cigar in his hand and a bundle of newspapers under his arm, the young Sam McPherson appears both overly proud and ambitious for his age. Those that know him, however, understand that he has no choice. Left to fend for himself by an alcoholic father, Sam dreams of making a name for himself and escaping the small town of his birth. When an ill-fated affair with an older teacher leaves him disgraced, McPherson abandons his father for Chicago, where he finds work as a purchaser of farming equipment. Soon, he falls in love with his boss’ daughter, the beautiful Sue Rainey. Windy McPherson’s Son is a story of the American Dream, for all of its difficult truths and convenient fictions. With a beautifully designed cover and professionally typeset manuscript, this edition of Sherwood Anderson’s Windy McPherson’s Son is a classic of American literature reimagined for modern readers.

Sherwood Anderson (1876-1941) was an American businessman and writer of short stories and novels. Born in Ohio, Anderson was self-educated and became, by his early thirties, a successful salesman and business owner. Within a decade, however, Anderson suffered what was described as a nervous breakdown and fled his seemingly picture-perfect life for the city of Chicago, where he had lived for a time in his twenties. In doing so, he left behind a wife and three children, but embarked upon a writing career that would win him acclaim as one of the finest American writers of the early-twentieth century.