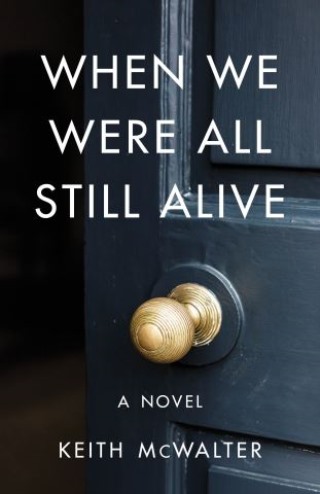 When We Were All Still Alive

For Conrad Burrell—husband, father, and successful attorney in the autumn of his life—the world has come apart. Having long ago lost his first wife, the mother of his grown daughter and a widow herself, to youth and pride, he’s now lost his second to a violent accident,. “You think you’re finished, that you have no more stories in you,” his ex-wife warns, and he fears she’s right. Within hailing distance of the end of his days, after a lifetime of meeting the expectations of others, none are left but Conrad’s own, and he must discover whether love survives death as well as divorce—whether family memory can redeem individual mortality.
What do we do, then, we widows and widowers for whom there’s nothing left but the world’s permission to stop what we’ve done all our lives? In the cities of his youth, in the deserts of New Mexico, but most of all in a small Pennsylvania town, Conrad finds he has one more lesson in love to learn from the women of his past, and the one woman he's certain he can't live without.
When We Were All Still Alive is a novel of grief and healing, a portrait of a marriage, and a love song to ordinary lives.

Keith McWalter: Keith McWalter writes the essay blog Mortal Coil (www.keithmcwalter.com), and his narrative nonfiction and opinion pieces have appeared in The New York Times, The New York Times Magazine, and the San Francisco Chronicle. A collection of his essays, No One Else Will Tell You: Letters from a Bi-Coastal Father, won the Writer's Digest Award for Nonfiction, and his family memoir, Befriending Ending, was anthologized in the online literary magazine Feathered Flounder. McWalter grew up in Mexico and Pennsylvania, is a graduate of Denison University and Columbia Law School, and spent much of his first career in the legal and investment banking worlds of New York and San Francisco. He and his wife live in Granville, Ohio, and Sanibel, Florida.