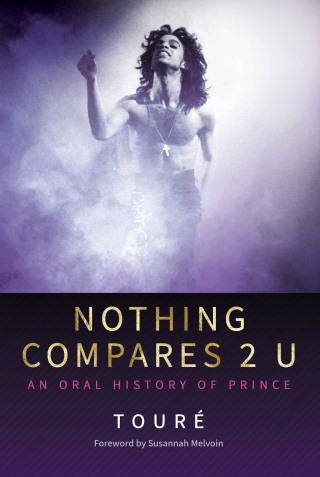 An Oral History of Prince

The real Prince in the words of those who knew him best—from award-winning author Touré.

“...one of the rare oral histories I’d recommend as an introduction to its subject. The author’s interview skills and his trusted status in the Prince orbit mean that his book—based on decades of interviews—is full of revealing insights into Prince’s life and work.”—Jay Gabler, The Current

Nothing Compares 2 U is an oral history built from years of interviews with dozens of people who were in Prince’s inner circle—from childhood friends to band members to girlfriends to managers to engineers to photographers, and more—all providing unique insights into the man and the musician.

This revelatory book is a deeply personal and candid discussion of who Prince really was emotionally, professionally, and romantically. It tackles subjects never-before-discussed, including Prince’s multiple personalities, his romantic relationships, his traumatic childhood and how it propelled him into his music career, and how he found the inspiration for some of his most important songs, including “Purple Rain,” “Starfish and Coffee,” and the unheard “Wally.”

Nothing Compares 2 U paints the most complete picture yet written of the most important and most mysterious artist of his time.

Touré: Touré is the author of six books including the Prince biography I Would Die 4 U: Why Prince Became an Icon. He is the host of the podcast docuseries Who Was Prince and the twice-weekly podcast Touré Show, which has had over three million downloads. He was the cohost of MSNBC’s The Cycle and a host at MTV and BET as well as a correspondent at CNN. He lives in Brooklyn with his wife Rita, and their kids, Hendrix and Fairuz. He grew up a devout Prince fan and among his greatest life moments are interviewing Prince, attending the private aftershow where Prince played with D’Angelo and Questlove, and, of course, playing one-on-one basketball with Prince at Paisley Park.