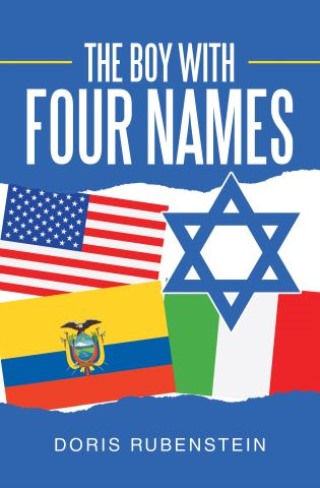 The Boy with Four Names

Between 1933 and the end of World War II, over 3,000 Jews from countries all across Europe fled what was an almost certain death there to find freedom and safety in a small country in South America. Most of them had never heard of it before there was nowhere else to run: Ecuador. Some left for the U.S. or Israel after five or ten years. Others decided to make it their permanent home. Today, there are less than 1,000 Jews still living in Ecuador. Why did they decide to stay? Each family’s story is different. Every single person has their own, unique memories of their early days in Ecuador. The Boy with Four Names is the story of one family, and one boy who ended up with four names. You will enjoy this book whether you’re thirteen or sixty-three!

Doris Rubenstein: Doris Rubenstein is an author and journalist from Richfield, Minnesota. She lived in Ecuador as a Peace Corps Volunteer from 1971-1973 and became familiar with the Jewish community there, especially with the family of Enrique Cohen whose family fled the Nazis when he was a toddler. She realized that the stories - even the existence-of Jewish communities in small countries of Latin America were untold, yet exciting, and set out to make sure that the world knows about them. Doris Rubenstein’s book You’re Always Welcome at the Temple of Aaron won the Schechter Award in 2009, and her children’s book The Journey of a Dollar received the IBPA Silver Franklin Award in 2018.