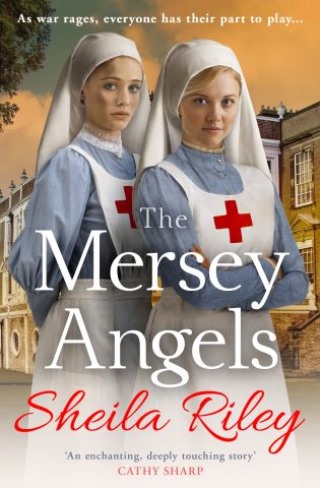 The brand new historical Liverpool saga from Sheila Riley for 2021

The thrilling new book from Sheila Riley in her Liverpool Saga series 1916 LIVERPOOL
Following the death of her father, Ruby Swift, and husband Archie finally move back into Ashland Hall.
As the Great War rages, fathers and sons take the King's Shilling and head off to fight the unknown enemy, not knowing what horrors lie ahead.
With Ned Kincaid in the Navy, Archie signs up to the volunteer constabulary and nurses Anna Cassidy and Ellie Harrington enlist to do their bit for King and Country.
Soon the true casualties of war are being brought home in droves, Ruby converts Ashland Hall into an auxiliary hospital for wounded servicemen.
It’s not long before the true cost of war is brought closer to home and Anna and Ellie enlist in the British Military Nursing Corp and soon find themselves in the battlefields of France in search of the truth.
But they soon discover more than they bargained for...

Sheila Riley: Sheila Riley wrote four #1 bestselling novels under the pseudonym Annie Groves and is now writing the Reckoner's Row series under her own name. She has set it around the River Mersey and its docklands near to where she spent her early years. She still lives in Liverpool.