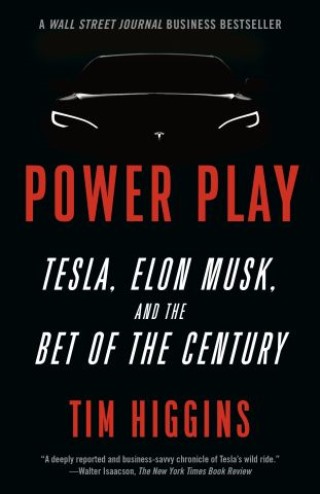 Tesla, Elon Musk, and the Bet of the Century


Elon Musk is among the most controversial titans of Silicon Valley. To some he's a genius and a visionary; to others he's a mercurial huckster. Billions of dollars have been gained and lost on his tweets; his personal exploits are the stuff of tabloids. But for all his outrageous talk of mind-uploading and space travel, his most audacious vision is the one closest to the ground: the electric car.

When Tesla was founded in the 2000s, electric cars were novelties, trotted out and thrown on the scrap heap by carmakers for more than a century. But where most onlookers saw only failure, a small band of Silicon Valley engineers and entrepreneurs saw opportunity. The gas-guzzling car was in need of disruption. They pitted themselves against the biggest, fiercest business rivals in the world, setting out to make a car that was quicker, sexier, smoother, cleaner than the competition.

But as the saying goes, to make a small fortune in cars, start with a big fortune. Tesla would undergo a hellish fifteen years, beset by rivals, pressured by investors, hobbled by whistleblowers, buoyed by its loyal supporters. Musk himself would often prove Tesla's worst enemy—his antics more than once took the company he had initially funded largely with his own money to the brink of collapse. Was he an underdog, an antihero, a conman, or some combination of the three?

Wall Street Journal tech and auto reporter Tim Higgins had a front-row seat for the drama: the pileups, wrestling for control, meltdowns, and the unlikeliest outcome of all, success. A story of power, recklessness, struggle, and triumph, Power Play is an exhilarating look at how a team of eccentrics and innovators beat the odds—and changed the future.

Tim Higgins: TIM HIGGINS is an automotive and technology reporter for The Wall Street Journal. He appears regularly as a contributor on CNBC. His writing has won several awards from the Society for Advancing Business Editing and Writing, and he is a five-time finalist for the Livingston Awards. After almost a decade reporting on the car business from Detroit, he now lives in San Francisco.