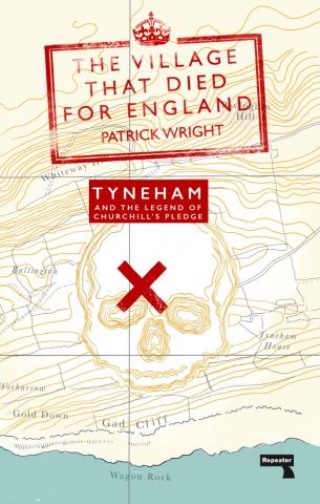 The Village That Died for England

Tyneham and the Legend of Churchill's Pledge

A reissue of Patrick Wright's 1995 classic about the military takeover of the village of Tyneham, with a new introduction taking in Brexit and a new wave of British nationalism.

Shortly before Christmas in 1943, the British military announced they were taking over a remote valley on the Dorset coast and turning it into a firing range for tanks in preparation for D-Day. The residents of the village of Tyneham loyally packed up their things and filed out of their homes into temporary accommodation, yet Tyneham refused to die.

Although it was never returned to its pre-war occupants and owners, Tyneham would persist through a long and extraordinary afterlife in the English imagination. It was said that Churchill himself had promised that the villagers would be able to return once the war was over, and that the post-war Labour government was responsible for the betrayal of that pledge. Both the accusation and the sense of grievance would reverberate through many decades after that.

Back in print and with a brand new introduction, this book explores how Tyneham came to be converted into a symbol of posthumous England, a patriotic community betrayed by the alleged humiliations of post-war national history. Both celebrated and reviled at the time of its first publication in 1995, The Village that Died for England is indispensable reading for anyone trying to understand where Brexit came from — and where it might be leading us.

Patrick Wright: Patrick Wight is Emeritus Professor of Literature, Culture and Politics at Kings College, London. His books include The Village that Died for England, A Journey Through Ruins, and Tank: The Progress of a Monstrous War Machine.