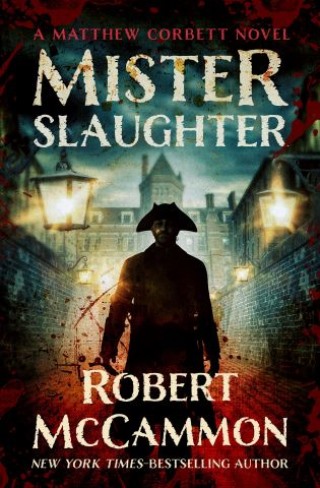 A chilling crime thriller set in colonial America by the New York Times–bestselling author: “The Corbett novels are rich, atmospheric stories” —Booklist on The River of Souls

In 1702, Matthew Corbett is an apprentice problem solver for the Herrald Agency, currently tasked with accompanying serial killer Tyranthus Slaughter on a journey from a Philadelphia asylum to the New York City waterfront. But during the trip, Mr. Slaughter tempts Matthew and his colleague Hudson Greathouse with an unexpected offer—leading to catastrophic outcomes. This darkly compelling novel delves into both the mind of a murderer and the process of a city and a nation moving into the future.

“Rousing . . . [A] page-turner.” —Publishers Weekly, starred review, on Freedom of the Mask

“This popular series takes us to a long forgotten time with characters who never fail to entertain.” —The Florida Times-Union

“Excellent . . . full of tension and suspense.” —Stephen King on Speaks the Nightbird