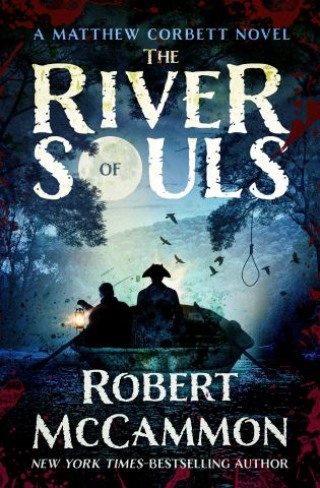 The River of Souls

“Macabre surprises abound” in this historical thriller by a New York Times–bestselling author, centered on the search for an escaped slave accused of murder (Publishers Weekly).

Accompanied by his new friend Magnus Muldoon, professional problem solver Matthew Corbett is in the Carolina colony, where three enslaved people have managed to flee their captors—one of them accused of killing the daughter of a plantation owner. Their quest to close the case will take Matthew and Magnus to the place known as “the River of Souls” as they encounter alligators and Native American warriors—and a terrifying being known as the Soul Cryer . . .

“Entertaining . . . [McCammon] nicely evokes America’s colonial past and deftly straddles the boundary between the explicable and the supernatural.” —Publishers Weekly

“The Corbett novels are rich, atmospheric stories, the kind of historical mystery that makes the reader feel as though he really has stepped back in time.” —Booklist