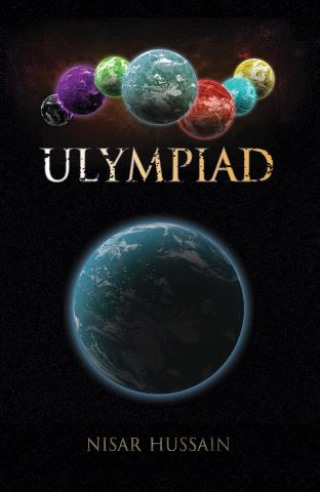 It is the year 2268, the Universal Olympics, known as the Ulympics, are about to start. The best of the best of Earth’s athletes are headed to Planet Zhel. They will compete against athletes from planets right across the universe. Unfortunately, their transportation ship suffers damage en route and has to land on the nearest appropriate planet for repairs. This ‘appropriate’ planet, Selkot, just happens to be banned from the Ulympics for unsporting behaviour and harbours a grudge, in particular against humans of Earth, who they primarily blame for the harsh banishment. So into their lap falls a ship full of Earth athletes, has their luck changed?
The Symarons of Selkot have planned their very own Ulympics to showcase their own athletes against mainly human rivals. What follows for the Earth athletes is a series of bizarre, rigged and twisted sporting events where the prize for coming second is death! For the athletes and civilian crew of the Earth ship ‘Lucky Lady’, it will become a fight to survive the near impossible to win games and also try to formulate an escape plan. Are they in need of a miracle? Their weapons of choice: intelligence, cunningness, teamwork, organisation, sporting skill and…humour! Will it be enough?

Nisar Hussain: Nisar Hussain believes a lot of us are born with some sort of a hidden talent woven into our DNA fabric. It is for each and every one of us to realise and develop this talent. Many will go through their entire lives having never realised their gift but others will. Nisar has a vivid imagination (initially a slow burner, totally non-precocial) that slowly but surely developed solidly. From soldiers and battles crafted out of plasticine men in childhood to voraciously consuming the world of TV and film thereafter, he feels ready to become a ‘storyteller’ and leave a lasting contribution to the world of media and entertainment that shaped him.