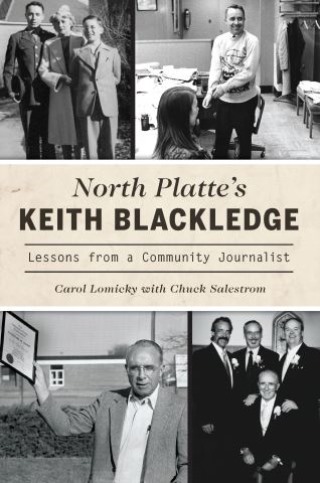 Lessons from a Community Journalist

Popular culture glorified newspapers in the 1970s, creating a kind of mythical community newspaperman--like Keith Blackledge, longtime editor of the North Platte Telegraph. In his editorials and columns, he praised, scolded, cajoled, teased and encouraged readers. He provided a civic connection while also, mostly behind the scenes, working to make the town better. Blackledge's story resonates today because it's also about the evolution of newspapers. The editor's career spanned a time when the industry was hit by a tsunami of change, including shrinking circulations and advertising revenues, as well as new technologies altering forever the way news is produced, delivered and consumed. Author Carol Lomicky chronicles the life of this remarkable newspaperman.

Carol Lomicky: Carol S. Lomicky, Professor Emerita of Journalism, taught at the University of Nebraska-Kearney for thirty years. Prior to that, she was a newspaper reporter and editor at several Nebraska daily newspapers. She received her PhD from the University of Nebraska in 1996. She has coauthored a textbook for undergraduate research in media law and has published numerous articles in scholarly journals.