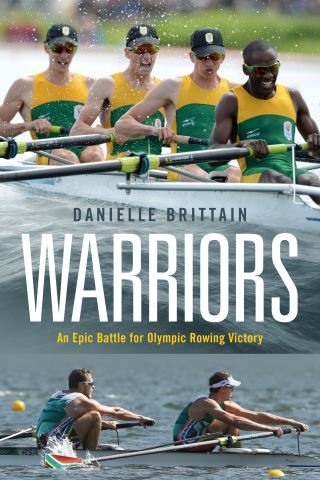 What does it take to win at the Olympic Games? How many years of hard work and dedication does it take to prepare for such a feat? How many disappointments do you have to endure on this journey? Danielle Brittain has walked this journey over and over again &#8211; her two sons won Olympic medals for South Africa in rowing, all four of her sons have rowed at top levels, and she is currently the team doctor for the SA rowing team. Danielle has faced her own battles with cancer and then watched as her son battled Hodgkin's Lymphoma during his Olympic training and overcame it and went on to win silver after his recovery in this high-performance sport.The Olympic wins for the South African teams at the 2012 London Olympics and 2016 Rio Olympics were iconic moments for South Africa and Brittain's descriptions of what the wins meant for the individuals in the teams, their families, the coaching staff and ordinary South Africans demonstrates the power of sport to unite the country.A rowing story, a family story, a cancer survival story, a South African story &#8211; and the story of a mother watching it all unfold.

Danielle Brittain: Danielle Brittain is the team doctor for the South African rowing team. She has been involved in rowing since 1980, as her husband and four sons have all rowed for South Africa. Brittain became the team doctor in 2011 and works full time with the national team. Brittain qualified from Wits University in 1989 and worked in Rheumatology and Endocrinology at Baragwanath Hospital before becoming a Palliative Consultant. She has a Masters in Palliative Medicine from the University of Cape Town. She is married to David Brittain and currently lives in Pretoria, South Africa.