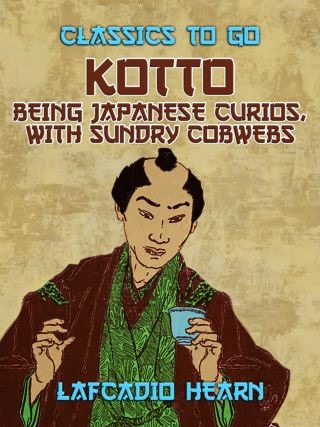 Journalist-by-trade Lafcadio Hearn used his wanderer's eye and guileless, graceful style to provide elegant chronicles for an English-speaking world fascinated by the exotic sensibilities of Japan. He set himself apart from others who attempted to translate the life and culture of this island country through his ability to reveal the truth of his subjects artfully-flawlessly exemplifying the Japanese aesthetic through his voice, as well as through his tale. In Kotto, first published in 1902, Hearn placed classical fables next to his own discoveries (of a woman's diary, for example) and reflections on the timeless themes of life, death, and meaning, showcasing the simple beauty and ever-present spirituality that define the Japanese ideology. (Goodreads)