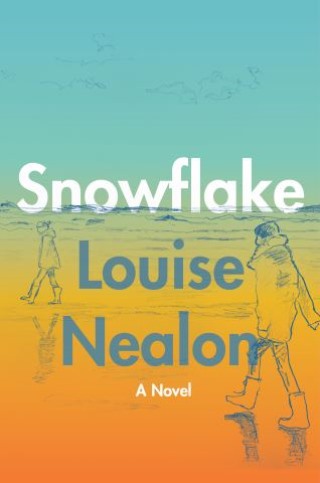 “Snowflake is a wonderfully inventive, deeply felt novel full of the best kinds of surprises.”—Margot Livesey

An exquisitely talented young Irish writer makes her literary debut with this powerful and haunting novel—a tale of love and family, depression and joy, and coming of age in the twenty-first century.

Eighteen-year-old Debbie was raised on her family’s rural dairy farm, forty minutes and a world away from Dublin. She lives with her mother, Maeve, a skittish woman who takes to her bed for days on end, claims not to know who Debbie’s father is, and believes her dreams are prophecies. Rounding out their small family is Maeve’s brother Billy, who lives in a caravan behind their house, drinks too much, and likes to impersonate famous dead writers online. Though they may have their quirks, the Whites’ fierce love for one another is never in doubt.

But Debbie’s life is changing. Earning a place at Trinity College Dublin, she commutes to her classes a few days a week. Outside the sheltered bubble of her childhood for the first time, Debbie finds herself both overwhelmed and disappointed by her fellow students and the pace and anonymity of city life. While the familiarity of the farm offers comfort, Debbie still finds herself pulling away from it. Yet just as she begins to ponder the possibilities the future holds, a resurgence of strange dreams raises her fears that she may share Maeve’s fate. Then a tragic accident upends the family’s equilibrium, and Debbie discovers her next steps may no longer be hers to choose.

Gorgeous and beautifully wrought, Snowflake is an affecting coming-of-age story about a young woman learning to navigate a world that constantly challenges her sense of self.

Louise Nealon is a writer from County Kildare, Ireland. In 2017, she won the Seán Ó Faoláin International Short Story Competition and was the recipient of the Francis Ledwidge Creative Writing Award. She has been published in the Irish Times, Southword, and The Open Ear. Nealon received a degree in English literature from Trinity College Dublin in 2014 and a master’s degree in creative writing from Queen’s University Belfast in 2016. She lives on the dairy farm where she was raised, and SNOWFLAKE is her first novel.