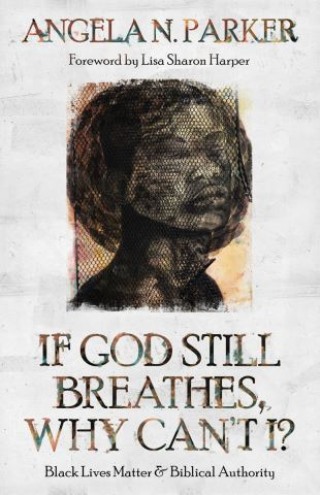 If God Still Breathes, Why Can't I?

She is neither White nor male.

Dr. Parker’s experience of being taught to forsake her embodied identity in order to contort herself into the stifling construct of Whiteness is common among American Christians, regardless of their race, ethnicity, gender, or sexual orientation. This book calls the power structure behind this experience what it is: White supremacist authoritarianism.

Drawing from her perspective as a Womanist New Testament scholar, Dr. Parker describes how she learned to deconstruct one of White Christianity’s most pernicious lies: the conflation of biblical authority with the doctrines of inerrancy and infallibility. As Dr. Parker shows, these doctrines are less about the text of the Bible itself and more about the arbiters of its interpretation—historically, White males in positions of power who have used Scripture to justify control over marginalized groups.

This oppressive use of the Bible has been suffocating. To learn to breathe again, Dr. Parker says, we must “let God breathe in us.” We must read the Bible as authoritative, but not authoritarian. We must become conscious of the particularity of our identities, as we also become conscious of the particular identities of the biblical authors from whom we draw inspiration. And we must trust and remember that as long as God still breathes, we can too.