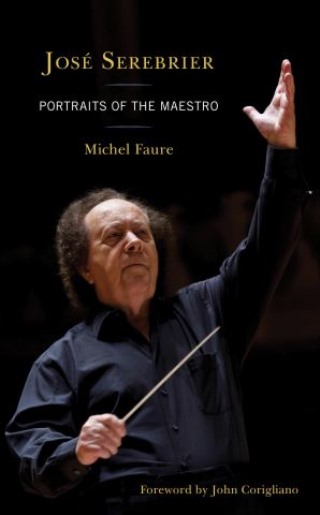 Portraits of the Maestro

With more than three hundred recordings to his name and multiple GRAMMY nominations, José Serebrier is one of the busiest and most successful conductors around. Admired across the globe, he has proven for several decades that he is not only one of the most original composers, but that he is also a major conductor for our times, one which the legendary Leopold Stokowski has called "the greatest master of orchestral balance". This book recounts his artistic journey and shares his many fascinating stories about encounters with famous personalities, past and present, in the classical music world.

The product of several years of conversations, his comments have been collected and annotated. They are accompanied by an updated and complete discography, a list of his published compositions, and critical observations by major music historians.

Michel Faure is a music and movie critic in France. He has worked for the French Federation of Cine-Clubs, Twentieth Century Fox, and many international festivals.