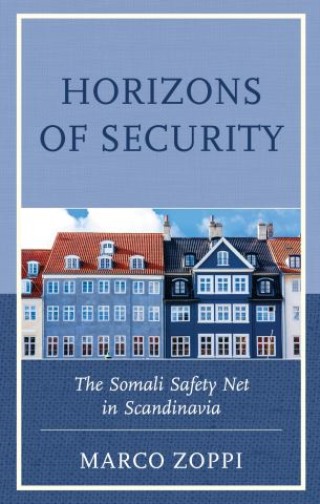 The Somali Safety Net in Scandinavia

Issues of welfare access and ‘deservedness’ are increasingly permeating political debates in present-day Scandinavian welfare states, which are worldwide renowned for their comprehensive safety net. Across the region, the Somalis are oftentimes singled out in political debates about immigration and integration policies as the ‘least integrated’ group, if not as a ‘burden’ for public finances. Against this background, Horizons of Security accounts for historical patterns of integration from the specific point of view of welfare and security among the Somalis in Scandinavia.

Drawing on qualitative interviews with the Somali diaspora, the book explores how the Somalis are experiencing relevant changes in the way they think and formulate expectations about the safety net, often embracing elements of both welfare systems; at the same time, not all of the integration measures set up by Scandinavian states are conducive for alleviating Somalis’ security issues, especially in the immediate time after the resettlement. This dynamic can cause considerable degrees of insecurity and long-term social vulnerability among the Somalis. Horizons of Security offers insight on integration and the organization of welfare to be applied in comparative perspectives to other diasporas and world areas.

Marco Zoppi: Marco Zoppi is Research Assistant at the University of Bologna, Department of Political and Social Sciences. His main interests include migration, EU integration, Euro-African relations, and welfare systems, on which he has published several journal articles, book chapters and online posts.