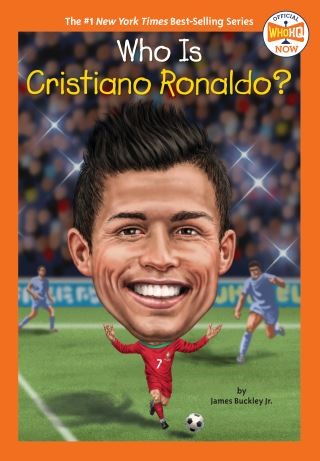 Who Is Cristiano Ronaldo?

Discover how a young boy born in Portugal with a passion for soccer worked hard to become one of the most famous athletes of all time in this exciting addition to the Who HQ Now series that features newsmakers and trending topics.

When he was just twelve years old, Cristiano Ronaldo was recruited to play professional soccer for a team in Portugal, 600 miles from his home on the island of Madeira, a region of Portugal. For the next twenty-five years, Cristiano would prove to the world that he is one of the greatest to ever play the game. Author James Buckley Jr. takes readers through each exciting moment--from his first championship with Manchester United to each of his five Ballon D'or award-winning seasons.