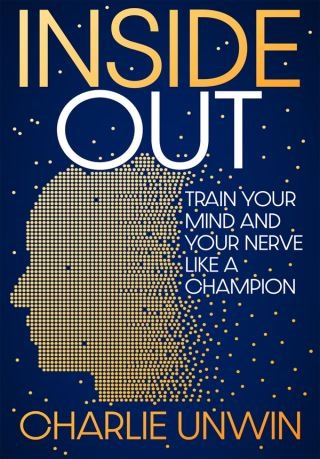 Train your mind and your nerve like a champion

In any high-pressure environment, from special operations to the operating theatre, you can divide people into two groups - those who control their performance from the inside out, and those whose performance is controlled from the outside in.

In INSIDE OUT, Charlie Unwin, one of the world's leading performance psychologists, explains the techniques that enable the elite to perform at their best under immense pressure. It reveals how they think, prepare and perform, taking you inside the highly unpredictable modern battlefield, the chaos of the catwalk, the operating theatre, the stadium, the maximum-security prison and the opera house.

Whatever the challenge, whether life-or-death, or simply chasing a promotion at work, we are all susceptible to becoming 'outside in' - when you start paying more attention to the thought of not messing up than the process of doing something well. The 'Inside Out' method helps you gain control so that you can have a greater impact. It's about mindset, learning new skills, maintaining confidence and sustaining great results over time.

Packed with inspirational stories, easy-to-follow steps and mental training exercises informed by Charlie's award-winning research into the performance mindset, INSIDE OUT will help you realize your potential and lead a more successful and fulfilling life.

Charlie Unwin: A former platoon commander on the front line in Iraq, where he led counter-insurgency operations and helped to train the Basra police force, Charlie is also a former athlete who represented Great Britain at modern pentathlon. That military and sporting background shaped his academic foundation in psychology and his research into the performance mindset.

Charlie is now a world-leading performance psychologist, with his clients including City traders, lawyers and architects, as well as freestyle skiers, Olympic equestrian riders, racing drivers and fighter pilots in 'Top Gun' F-16 jets. Charlie was also instrumental in Lizzy Yarnold becoming Britain's most successful ever Winter Olympian, winning two gold medals in skeleton, perhaps the most extreme sport on Earth, with sliders whooshing head-first down an ice-chute at 90mph.