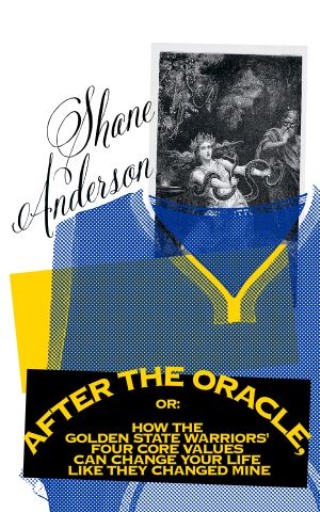 In 2016, Shane Anderson made a vow to live according to the four core values of the Golden State Warriors to escape a decade of defeats—including divorce, debilitating spinal surgery and a suicide attempt. The basketball team’s values of joy, mindfulness, compassion, and competition became Anderson’s guiding principles, providing him a lens to investigate a myriad of social, personal, philosophical, and political issues, such as homelessness, the promises and failures of rave culture, and the limits of self-help. Part memoir, part essay, and part chronicle of the greatest five-year stretch of a team in NBA history, After the Oracle depicts the makes and misses of one expat trying to make a life worth living.

Shane Anderson: Shane Anderson has written three books of poetry and experimental prose (Soft Passer, Études, and Melanic Ray Meditations), and translated several books from German, including Thomas Pletzinger’s The Great Nowitzki, Elke Erb’s A poem is what it does, and Ulf Stolterfoht’s The Amme Talks. Anderson’s writing and translations can be found in The Nation, Los Angeles Review of Books, Asymptote, Ugly Duckling Presse, and elsewhere. A native of Northern California, Anderson lives with his family in Berlin.