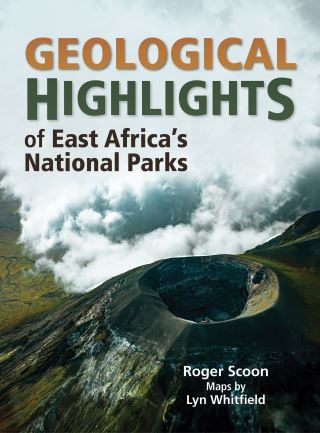 While the national parks and reserves of East Africa are widely known for their rich and abundant wildlife, there is another less celebrated but equally intriguing aspect to them. This book presents a new and exciting angle – the geological highlights of the region. East Africa’s cataclysmic volcanic legacy, caused by rifting of the landmass, has resulted in a rich source of geological wonders. These range from the seemingly endless plains of the Serengeti to the skyscraper walls of extinct calderas and the belching vents of the Nyiragongo Volcano. This handy guide escorts users around all the major – and some minor – parks of Kenya, Tanzania and Uganda, and through the Virunga Mountains along the border of Rwanda and the Democratic Republic of the Congo. Descriptions of each park and its wildlife, both fauna and flora, preface discussion of the geological origins, influences and current conditions. Key geosites in the parks, and how to access them, are indicated. Maps, satellite images and diagrams, along with vivid photography, help to explain the dramatic landforms. For anyone planning a safari to the legendary East African game parks and reserves, this book adds a meaningful new dimension. Sales points: New geological perspective for traditional game parks; Features more than 70 parks and reserves; Reveals the drama of East Africa’s cataclysmic origins; An invaluable resource for tourists, safari goers and park guides.