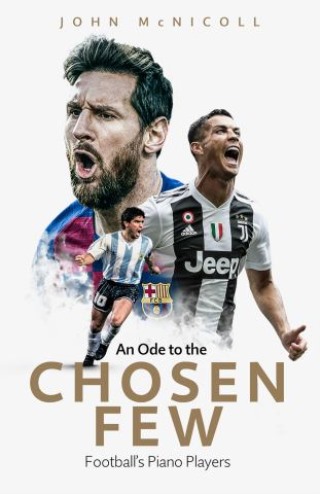 An Ode to The Chosen Few

Football teams comprise 11 on-field players, but as Bill Shankly once said, while some will be the more functional members of a team, you need others to 'play the piano'.

Although the footballing world is littered with superstar players, some take it upon themselves - through sheer grit and determination - to drag their respective teams to glory. Both domestically and on the world stage, these stars have brought joy to fans around the globe by playing the sweetest of tunes for their clubs and countries.

From Lionel Messi to Maradona, Cristiano Ronaldo to the original Ronaldo, 'Il Fenomeno', this is the story of those special players.

An Ode to The Chosen Few takes a fascinating deep dive into the past glories of players and teams from different eras and cultures, alongside facts and statistics from each era.

John McNicoll: An Ode to The Chosen Few: Football's Piano Players is the second book in John McNicoll's An Ode to... series, following his debut tome, An Ode to Four Four Two. John is a keen football fan who has a passion for writing. Having spent the last few years writing for various football websites, John has interviewed the likes of former Manchester United player Norman Whiteside and Sky Sports presenter Scott Minto.