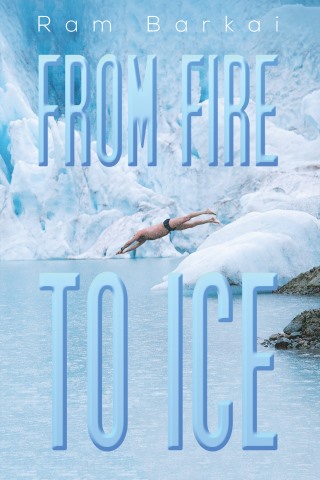 From Fire to Ice

I stood on the rock, in Antarctica, wearing nothing but a swimming costume, goggles and a cap, ready to dive into the ice. The water was 0°C so was the air. I have never done this before, and I had no idea what the outcome will be. Will I panic? Cardiac reaction? Have I come all this way, trained and invested so much money to dive in and flop with fear or incompetence? It was time, I counted to three and dived in and started swimming. I was alive, more alive than I have ever been in my life. Stroking up and down the little channel we made in the frozen glacial lake. “I am swimming in Antarctica.” I smiled to myself while focusing on the extreme sensation in my fingers and toes. I was fine, more than fine, I was alive! I never expected life to turn out as it did. I am still looking forward wondering what will happen next. Growing up in a small Kibbutz by the Sea of Galilei, with the paradox of tranquil sea and farming life together with the constant shelling from neighbouring Syria and Jordan, straight into our fields, homes and life, was just normal. One minute you play in the field or swim in the sea and next minute you run for your life, heading towards the nearest bunker, hearing the deafening sound of explosions around you.
Life was never meant to be easy for me, I am an uncompromising stubborn and strong-minded person. I spot bullshit from a mile and I like things simple, clear and honest. Things never are. I don’t give up easily, I don’t get scared easily and I don’t stop when I believe I am right. Life for me was and probably still is, at 63 years old, a journey of unexpected extremes. Regrets, I have a few, we all do. Would I do it all over again the same? Certainly not, I am not stupid, and I hope I would learn from my mistakes. Yet, I wake up every day, looking forward, appreciating the sea, the wave, the smell, the sound and feeling of water on my skin.

Ram Barkai: Ram Barkai was born in 1957 in a little Kibbutz by the Sea of Galilee, Israel to Ruth and Meyer from Romania. Ram left high school in 1974 to explore social working in north Israel before he joined the army in 1985. Ram spent five years in the army and left in 1980 to travel and study. He was discharged as a Major. Ram enrolled in the Science university in Haifa to study computer science with strong flavour of math. In 1987 Ram left Israel to Japan to work in computers and later on in finance. Ram came back to South Africa in 1996 to settle down and build a home with his first wife. He joined a small financial services company and became the CEO at 2005. Ram retired in 2012 to pursue his real passion of Ice Swimming, which he founded in 2009. Ram completed many swims around the world, from the Arctic, Antarctica, Dead Sea, Cape Point, Cape Horn, Siberia, Alaska, Patagonia, Australia, Murmansk, Finland, Norway, Yellow River China, Sea of Galilee and many more in frozen Europe, England, Ireland & Scotland.
All records are available on https://www.openwaterpedia.com/wiki/Ram_Barkai and in https://longswims.com/p/ram-barkai/. Ram holds five Guinness World Records, and many Ice-Swimming records and has been inducted to Ice Swimming Hall of Fame as a Swimmer and an Administrator. Ram completed 11 Ice Miles around the world and 17 Ice Km as well as many shorter ice swims. Ram is a father to four children whom he calls my fantastic four. Ram lives with Sam wonder-woman his partner in Cape Town.