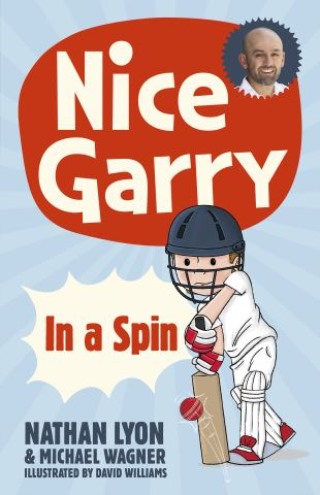 Inspired by the talent and passion Australian Test cricketing great Nathan Lyon has for the game, this is the story of an ordinary kid with an extraordinary gift.

Garry Keenan is the most exciting new cricketer to play for the Youngstown Under-16s in years. But can a talented ten-year-old off-spinner help his team take on the most feared XI in the competition?

Michael Wagner is the author of more than 80 books for children including the much-loved Maxx Rumble series, the CBCA Notable picture books Why I Love Footy, Why I Love Summer and Bear Make Den (which he co-authored with Jane Godwin) and the So Wrong series which was shortlisted for multiple children's choice awards in 2019 and 2020.

Nathan Lyon is an international cricketer who showed remarkable talent at a very young age and played his junior cricket in country NSW and the ACT. Nathan's international cricket potential was noticed in 2011 while he was combining his two passions of cricket and being a greenkeeper at Adelaide Oval. Since then, it has been a whirlwind rise to the top.