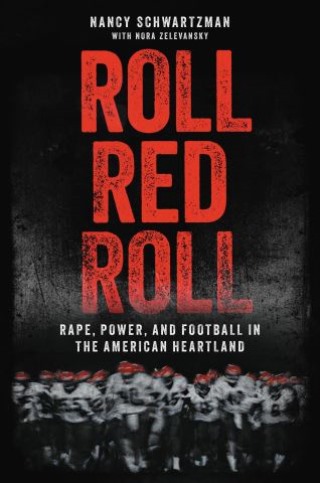 Rape, Power, and Football in the American Heartland

An incisive narrative about a teen rape case that divided a Rust Belt town, exposing the hostile and systemic undercurrents that enable sexual violence, and spotlighting ways to make change.

In football-obsessed Steubenville, Ohio, on a summer night in 2012, an incapacitated sixteen-year-old girl was repeatedly assaulted by members of the “Big Red” high school football team. They took turns documenting the crime and sharing on Facebook, Twitter, and YouTube. The victim, Jane Doe, learned the details via social media at a time when teens didn’t yet understand the lasting trail of their digital breadcrumbs. Crime blogger Alexandria Goddard, along with hacker collective Anonymous, exposed the photos, Tweets, and videos, making this the first rape case ever to go viral and catapulting Steubenville onto the national stage.

Filmmaker Nancy Schwartzman spent four years embedded in the town, documenting the case and its reverberations. Ten years after the assault, Roll Red Roll is the culmination of that research, weaving in new interviews and personal reflections to take readers beyond Steubenville to examine rape culture in everything from sports to teen dynamics. Roll Red Roll explores the factors that normalize  sexual assault in our communities. Through inter-views with sportswriter David Zirin, victim’s rights attorney Gloria Allred and more, Schwartzman untangles the societal norms in which we too often sacrifice our daughters to protect our sons. With the Steubenville case as a flashpoint that helped spark the #MeToo movement, a decade later, Roll Red Roll focuses on the perpetrators and asks, can our society truly change?

Nancy Schwartzman is a Peabody Award-nominated documentary film director and producer who uses storytelling and technology to create safer communities for women and girls. Her documentary feature debut, Roll Red Roll, was nominated for a Peabody award, premiered in 2018 at the Tribeca Film Festival, and has screened at over 40 film festivals worldwide and garnered 7 best documentary awards. It streamed in 190 countries on Netflix, PBS, and BBC. She is currently directing a Netflix original documentary feature with Reveal: Center for Investigative Reporting and Motto Pictures that will premiere in 2022. Her recent short film One Shot One Kill (2020), explored gun culture for Mother Jones, and her short film Anonymous Comes To Town (2019), co-produced with the Tribeca Film Institute and Gucci’s Chime for Change, garnered over a 4.5 million views on the Guardian.

Her first film, The Line (2010), a short documentary examining consent, was used by the White House for a campaign around sexuality, and her follow-up film xoxosms (2013), was on PBS/POV and BBC, exploring love between two teenagers, bridged by technology. A globally recognized human rights activist, Nancy is a tech founder and created the Obama/Biden White House’s award-winning mobile app Circle of 6, designed to reduce sexual violence among America’s youth and college students. She has presented her work at the White House, the United Nations, TEDxSheffield, CNN, Forbes, Good Pitch, DOCNYC and at over 60 colleges and universities. She is a graduate of Columbia University and a recent transplant to Los Angeles.

Nora Zelevansky is the author of novels Competitive Grieving, Will You Won't You Want Me?, and Semi-Charmed Life. Her journalism has appeared in The New York Times, ELLE, Town & Country, the Los Angeles Times, The Wall Street Journal, and Vanity Fair among others. She lives in Brooklyn with her husband, two kids, and enormous cat, Waldo.