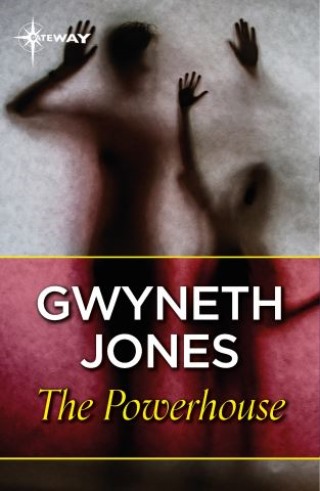 Robs Hayward is a loner, a nobody. But when she plays the piano, she shines.

Cool kids Maddy and Jef ask her to join their band and she is giddy. They're cool! They're two years older than her! It's a dream come true! Except for the part where their rehearsal space gets turned into a car park. Determined not to lose the first chance at being cool she's ever had, Robs suggests the mysterious, derelict industrial building. The one in the Wild Park.

The one she's afraid is haunted.

But the Council have repurposed it, and they share the space with the slightly eccentric Artist in Residence, and actually, everything is fine! Except for Maddy becoming obsessed with the murder mystery linked to the building.

And a seance is suggested.

And the ghost of a child that Robs sees out of the corner of her eye promises something more supernatural at play . . .

The Powerhouse is another chilling teen ghost story by award-winning author Gwyneth Jones, writing as Ann Halam. You can find more information on the writing Gwyneth did as Ann Halam on her website:http://www.gwynethjones.uk/HALAM.htm