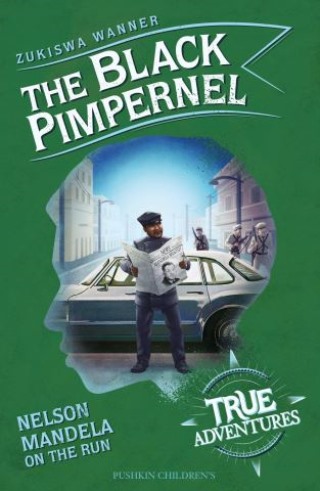 Nelson Mandela on the Run

Thirty-one activists are on trial for treason. Among their number is Nelson Mandela, a rising star of the resistance movement and one of the biggest threats to the South African government and their racist system of apartheid. To everyone's surprise, they are found not guilty. But rather than relish his newfound freedom, Nelson disappears.

With this, the incredible true story of Nelson Mandela's life on the run begins. For months, he is an outlaw, the police and secret services hunting him in vain, living under new identities and separated from his young family. His mission? To set up armed resistance to apartheid, and in doing so change the course of history.

Zukiswa Wanner: Zukiswa Wanner is a South African writer who was born in Zambia where her Zimbabwean mother and her South African father were political exiles. Her father was one of the early recruits in uMkhonto we Sizwe, the military wing that Nelson Mandela set up and which is the subject of this book. As part of the research for this book, she reached out to some of his old comrades to verify some information. The Black Pimpernel: Nelson Mandela on the Run is her fourth children's book. Her other children's books are Jama Loves Bananas (Jacana, 2011), Refilwe: An African Reimagining of Rapunzel (Jacana, 2014) and Africa: A True Book (Scholastic, 2019). She has six books for adults. She has a 15 year old son who acts as a beta reader for her and her friends' children's books and was a beta reader for this one (although he is too old for it). Zukiswa lives in Nairobi, Kenya with her son and partner. She likes reading, swimming and long walks in different African cities.

Amerigo Pinelli lives in the heart of the city of Naples, Italy, among narrow streets and old churches. A long time ago, when he was a child, he met a pencil, and from that moment on he started to play, joke, fight, and make peace with it.