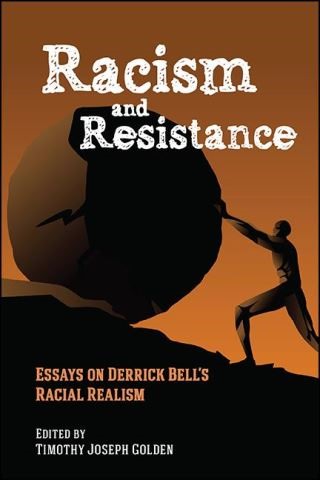 African American legal theorist Derrick Bell argued that American anti-Black racism is permanent but that we are nevertheless morally obligated to resist it. Bell—an extraordinary legal scholar, activist, and public intellectual whose academic and political work included his employment as a young attorney with the NAACP and his pivotal role in the founding of Critical Race Theory in the 1970s, work he pursued until he died in 2011—termed this thesis “racial realism.” Racism and Resistance is a collection of essays that present a multidisciplinary study of Bell's thesis. Scholars in philosophy, law, theology, and rhetoric employ various methods to present original interpretations of Bell's racial realism, including critical reflections on racial realism’s relationship to theories of adjudication in jurisprudence; its use of fiction in relation to law, literature, and politics; its under-examined relationship to theology; its application in interpersonal relationships; and its place in the overall evolution of Bell’s thought. Racism and Resistance thus presents novel interpretations of Bell’s racial realism and enhances the literature on Critical Race Theory accordingly.